What is Pesticidal Light Treatment? 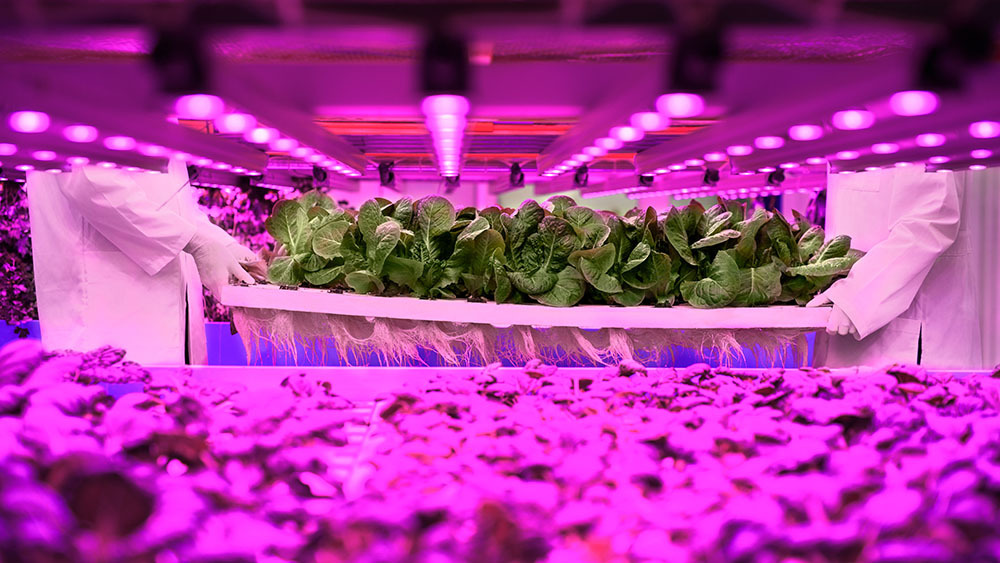 Pesticidal light treatments are a groundbreaking new crop protection technology developed by IntraLight. Using nothing more than nightly applications of gentle protective light, IntraLights can keep your crops free of pest and pathogen infestations. How is this possible?

Pesticidal light treatments exploit an evolutionarily inbuilt vulnerability of small soft-bodied insects, and microbes. While the daily deluge of radiation from the sun supports life on earth, some parts of the natural solar spectrum can be very harmful to DNA. To understand why a portion of natural radiation from the sun is harmful, we should first consider the EM spectrum as a whole. If we zoom out along the EM spectrum we can see that visible light, what we might incorrectly consider to be all the light contained in natural sunlight, is actually an exceedingly small sliver of the solar spectrum. Visible light, of wavelengths ranging from 400 nanometers to 800 nanometers, in reality, makes up less than half the total solar spectrum able to penetrate the atmosphere and reach the surface of the earth. Significant portions of natural sunlight are longer wavelengths, made up of so-called infra-red light. This longer wavelength light is not visible to the naked eye but can be perceived as the warmth of the sun.

Other parts of the natural solar spectrum we receive include lower wavelengths than visible light; so-called ultra-violet light is also not visible to the naked eye. If we zoom out farther along the spectrum, below ultra-violet we see x-rays, gamma-rays, and other very high energy portions of the EM spectrum. If we look farther up the EM spectrum past infra-red we see micro-waves, and farther see we find kilometer-long low-energy radio waves. As the wavelength of EM radiation shortens, photon energy increases, and the related ability to damage DNA increases as well. This can be readily understood when considering X-rays and the damage from direct exposure to them, however less intuitive is the damage from other short wavelength portions of the EM spectrum, such as ultra-violet rays, and even low wavelength visible light such as blue light. In recent years, the possibility of retinal damage from consistent blue light exposure has been gaining more popularity and awareness. Additionally, over the Covid-19 pandemic, ultra-violet germicidal technology became commonplace.

Now that we know a bit more about the EM spectrum as a whole, and its tendency to increase in photon energy and DNA damage as wavelengths shorten, let’s consider the evolutionary response forced upon life on earth by daily exposure to low wavelength solar radiation. With the majority of animal life unable to avoid significant amounts of sun exposure while going about their daily tasks, defense mechanisms had to evolve to protect our vulnerable DNA. These mechanisms, like all evolutionary responses to our environment, take many shapes, including specific layers of skin to absorb harmful rays, hair, fur, feathers, hard chitinous exoskeletons, etc. While these traits provide other benefits, preventing harmful rays from reaching and penetrating our cells is a notable and important one. Additionally, cells developed internal defense and repair mechanisms for the DNA damage caused by unavoidable exposure to high-energy photons.

However, some types of life are much less concerned with direct daily exposure to the sun, mainly small forms of life, which may be able to experience their entire life cycles in a protected environment, venturing out into direct sun exposure so rarely that defense mechanisms were never evolved. These lifeforms include most microbes and many small soft-bodied insects.

These forms of life have simply piggy-backed on other species’ evolutionary defense mechanisms, allowing them to skip this evolutionary step altogether. Take microbes for example. A virus such as Covid-19 will go through several generations, many full life cycles, within a single host organism. The virus will find its way into a suitable host, such as a human, where, protected within the host’s body from any harmful rays of the sun, it can reproduce and thrive. When viral shedding occurs and the virus leaves the host in breath, and saliva droplets, it is only briefly exposed to sunlight, if it is exposed at all. These microbes’ populations are so prodigious that even at rates of 50% die off or non-viability from low wavelength light exposure, propagation rates are more than sufficient.

A similar route is taken by small soft-bodied insects which predate plants. Mites, for example, will infest a given plant and have no need to venture to leaf tops. This is one reason pest infestations typically manifest on leaf undersides. By simply staying on leaf undersides mites can protect themselves and their eggs from solar radiation exposure, benefiting from the plant hosts’ inbuilt defense mechanisms to absorb any harmful rays of the sun before they reach the mite’s vulnerable bodies. In this safe haven mites can reproduce, feed, and live out many lifecycles before ultimately damaging a host plant enough to seek a new food source, or until their populations grow large enough to need additional food sources. At which point adult mites can travel to new plants, only briefly, if at all, being exposed to direct sunlight.

This beautifully presented evolutionarily inbuilt vulnerability is our target. By developing a specific spectrum, and applying it at precise dosages, IntraLights can destroy the DNA of pests and pathogens on and around crops, while leaving the crops themselves unharmed. Additionally, many insect pests which plague growers are small, soft-bodied pests that congregate on leaf undersides for reasons already discussed. This allows us not only to target a massive weak spot in their evolutionary defense but also allows us to direct our pesticidal light treatment directly at their populations with ease.

IntraLight’s proprietary and patent-pending technology utilizes phototoxicity to destroy the DNA of pests and pathogens alike. With every nightly light treatment, pests are bombarded with a barrage of high-energy photons. This barrage can be envisioned as trillions of minute bullets, each with the ability to penetrate pests and pathogens to target their DNA directly. With each bombardment, DNA damage builds within the targeted pest population, leading to increased rates of non-viable offspring, and drastically reduced fecundity and hatchability of eggs.

Stay ahead of the competition by reducing your expense and increasing the value of your new, residue-free, beyond organic produce.